Are you intrigued by what we've been sharing with the podcast and think you'd like coaching from us? Please contact us!

You haven't heard from us in three weeks. Let me explain why, and tell you about what you'll be hearing from LSH in the weeks ahead.

At the end of April, Jerry came to visit me here in Taos, and he brought me a set of bands, as well as various handles, cuffs, and even a workout belt. We got to work out together a couple of times, and now I can see why he's so excited about the potential of resistance bands as an exercise modality.

In this episode, you'll hear us talk about what led to Jerry to start exploring resistance bands, some of what he's learned by using them, what are the advantages and disadvantages of resistance bands compared to a more traditional weight workout, and some of the ways that working with bands can help prepare us for the "new normal" of the post-pandemic world.

A few days before we recorded this episode, I watched the final few holes of the final round of the Masters golf tournament. As I watched, I found myself thinking that what was most notable about this year's tournament was the absence of Tiger Woods. Tiger burst into the world's consciousness back in 1997 with his performance at the Masters, his first Masters as a professional, when we won by a still-astonishing twelve strokes. He quickly established himself as the most dominant golfer in the world. It seemed there was nothing he couldn't do on the golf course.

By the summer of 2015, his dominance was long over. His numerous marital infidelities came to public awareness in 2010, and years of overtraining had led to serious injuries and multiple surgeries. But he remained the most charismatic golfer on the tour, and I was hardly alone in wondering if he'd be able to return to the level of golf he had once played. That summer, I watched his play with interest. He kept missing the cut at major tournaments, and his body language said that he quite evidently hated being out on the course. And yet, in his press conferences, he would say only positive things. I wondered: is he lying to us, or to himself as well?

I'd been working with Jerry for about a year at that point, and I could certainly recognize someone whose energy was out of alignment. I found myself thinking, "I bet Jerry could help him."

That thought led to an idea which led to a project that we called "Training Tiger Woods." Jerry and I worked from the hypothesis that we could use the flow techniques that Jerry taught in order to coach ourselves and each other in golf. If the flow practices that we used had positive results in our own golf games, then surely those same techniques would be able to help Tiger regain his flow as well.

We pursued the TTW project for about a year-and-a-half, and the results were very good. We both improved substantially as golfers, and we learned a great deal about how to put flow into practice in other areas of our lives as well.

In watching the Masters this year and noticing the profound hole in the game caused by Tiger's absence, I felt inspired to talk about the TTW project here on the podcast, and that led to the conversation in this episode. There is some very useful information here about putting flow into practice. We hope you enjoy it.

If you're interested in exploring the Training Tiger Woods project, you can find our writings here.

Earlier this spring, I was facing a few major transitions. The end of ski season meant I'd soon be out of a job, which meant both that my daily patterns would change and also that I would need to figure out how I was going to spend the skiing off-season. I was also going to be moving to a new house, which was exciting--I really liked the new space--but was surely going to be a lot of work and a substantial disruption. In short, just about everything in my day-to-day life was going to be changing. And that led me to ask: from an energetic perspective, how could I navigate this transition phase as skillfully as possible?

I believe we find our way to some really interesting and helpful material in this episode. I hope you agree.

Sometimes we find ourselves deeply blocked about things we know we really should do. When that happens, what do we do? How do we deal with blocks that seem to persist in our behavior despite strong intentions, that seem to defy our willpower? How do we move past blocks like that? 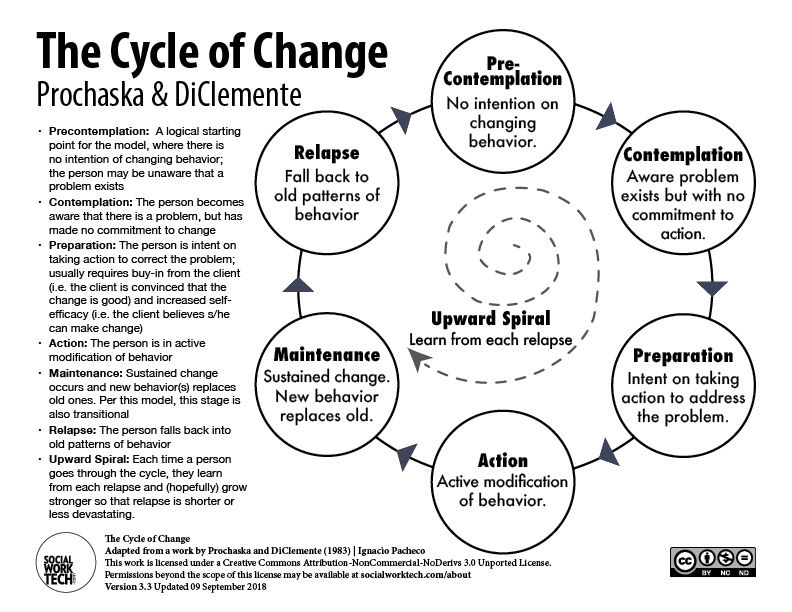 Therapist and friend of the show Jenn Cullom reached out after Jerry and I spoke of our reservations about therapy in a couple of episodes earlier this year. She felt our characterizations about therapy were narrow and not very accurate. So we invited her onto the show to talk about what she saw as our misconceptions and to speak to the benefits that therapy can offer.

The process of change isn't comfortable. Our comfort zone is the place we already are, and to change ourselves requires leaving that comfort zone.

In this episode, we talk about some areas in which Benjamin has seen his practices begin to come to fruition, and the feelings of discomfort that accompanied those practices along the way. We discuss whether it might be possible to learn to embrace the discomfort, to welcome it as a necessary step. We offer means to meet the discomfort more skillfully, so that we can move more readily into the change we seek.

It's our second COVID spring, but this year at the equinox, there is reason to feel hope for the new world that we are building. The vernal equinox is a good time to reflect on hope: springtime, after all, is a time for renewal, rebirth, the planting of seeds. In this episode, Benjamin speaks of the seeds of hope he is planting for the months ahead, and asks you to consider what seeds you wish to see sprout in your own lives.

Jerry got his first vaccine shot and found that it brought up a lot of interesting feelings. We start our conversation this week by talking about those feelings, and from there range into topics as varied as our responsibilities to others, the way two different cultural responses to COVID seem to be entrenching, and even the argument for a higher minimum wage.